And the winner is… the Specialized Roubaix 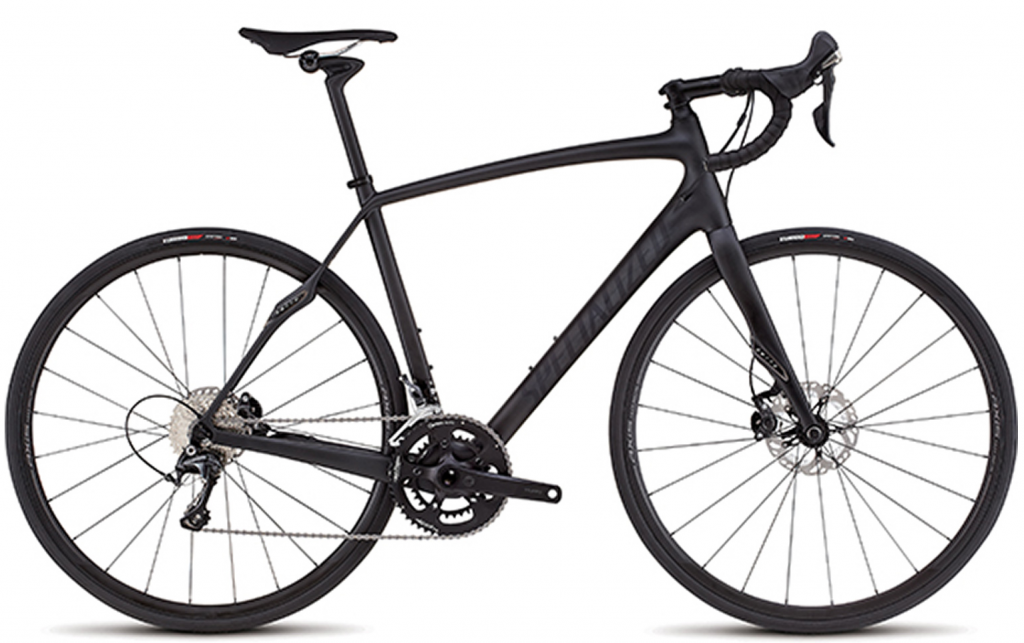 To be honest, I would not have guessed that would be the result when I started thinking about this. It did not stand out in any way when I was doing my research. Its colour scheme still doesn’t work for me. But the ride… it was the right bike. In the test ride, it was head and shoulders above even the bike that was $1500 more. For someone like me (getting older, values comfort and safety) it is the bike that is differentiated from the bike I already have. It will be perfect for club rides and longer recreational rides like the Tour de Victoria and MEC rides. It absorbs vibrations and is so solid when cornering and braking. It’s a rocket sled. It’s a pat of butter on a hot griddle. I don’t know how else to describe how it rides.

With the $ differential, I put it into a set of semi-aero carbon fibre wheels for my Valence, which positions that bike as the racy, sporty ride for when I want something different. The geometry of the bikes is almost identical, but the differences in the ride are dramatic. If I ever decide to take part in the Tour de Bowness race, I’d jump on the Valence and give ‘er.

It’s 2016. It will be three years since I bought my Norco, which was a tentative dip of my toe in the water. Yes, I’d been riding regularly for a year, but would I continue riding with the club? Thousands upon thousands of kilometres later, I think the answer is obvious. I’ve dropped a lot of weight, and I have an opportunity with the Bow Cyclists this year to take it to the next level.

So, here’s my comparison matrix. The style of bike is the same as my Norco Valence: “Endurance Road”, or sometimes “Sportive”. The key differences between these bikes and my Norco are:

The available brands to me through Bow Cycle are Cannondale, Cube, Norco and Specialized. If I was willing to go to another dealer, I would probably add Trek, Giant and others to the list. But my association with Bow and the discount I can get means that I will limit my choices. I’ve listed MSRP, but that’s not what I’ll pay.

A note on aesthetics: who does the graphic design on this class of bikes? Batman? (I only work in black, and very dark grey). I suppose it’s a trend. A few years ago, white frames were the rage. Nevertheless, is it dumb to turn my nose up at options, just because the colour is drab? I seem to recall chastising Miranda for insisting on a purple bike two years ago. (sigh)

It’s getting close to brass tacks. I took my Norco to Bow Cycle on Tuesday night (rode there!) and Kurt set up the 2015 Synapse with the measurements, and will set up the remaining bikes before test riding on Sunday. The list of possibilities is getting short. Cube bikes are out due to lack of availability. So I’m reformatting this page to put the focus on the remaining contenders.

Among the 2016 bikes, this is the default option. If I get anything else, it’s because I decided not to buy this. The 2015 Synapse below is a wild card, and arguably the biggest bang for the discounted buck.

The Synapse is unchanged from last year, and only mildly changed from the non-disc version from 2014. It is the most critically acclaimed of these bikes. It also is notable as the only one that perfectly matches my criteria and isn’t black/dark grey (there is a charcoal grey version… but no). If I had to gripe about one thing, it is the wheel set, which is good but not great. 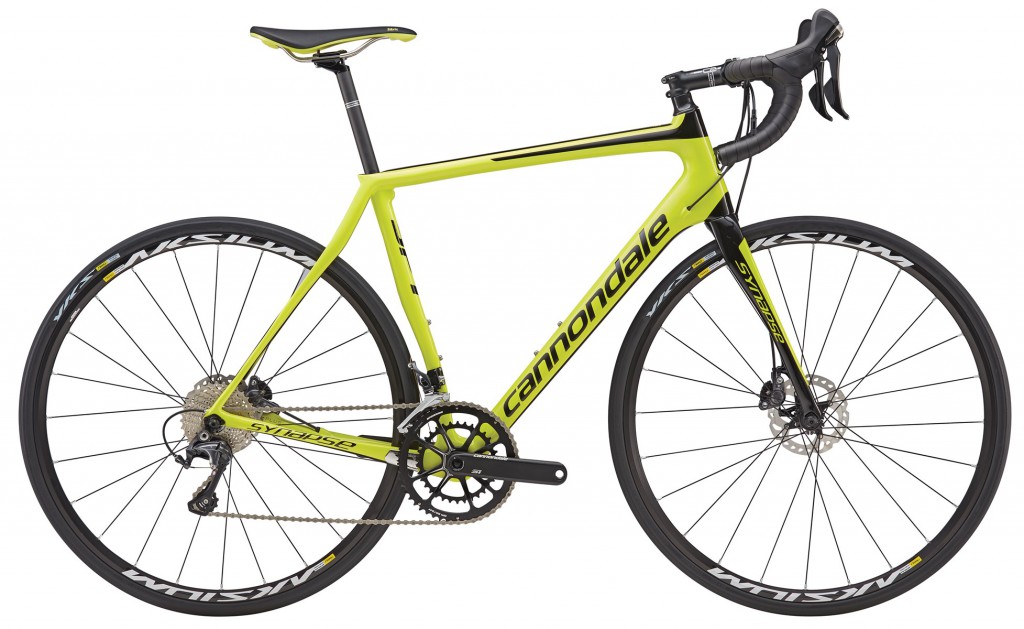 Okay, and a wild card has come along. When I was at Bow Cycle on Saturday, January 30th, talking with Brad about bikes after my overhaul class, he pointed out that they had one of these left over from 2015: 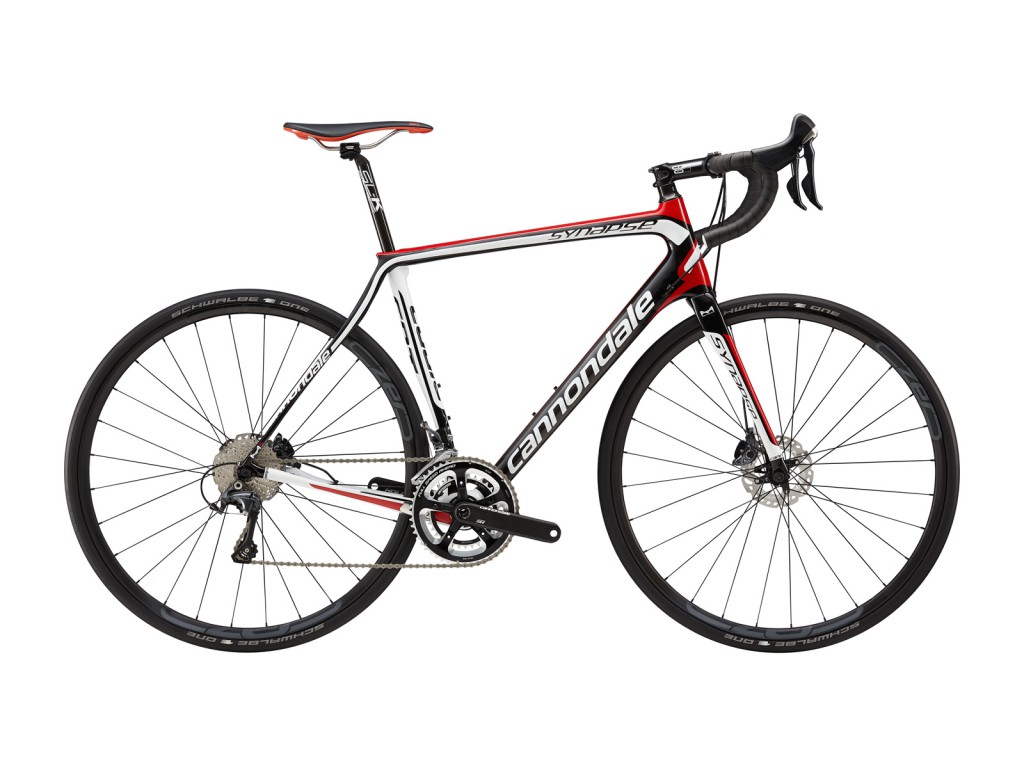 It’s a step higher than all of the other bikes in two key ways:

It’s marked down, but still would end up more expensive. In just straight-up dollar value, the difference between this one and the others is completely absorbed in the wheels’ value. If I was to upgrade the wheels on one of the others to these CZero wheels, it would cost $2000. However, there is a distinct difference between the dollar value of something and whether or not I value it that much. This is why the test ride will be so important. As I expressed to Tammy yesterday:

On Sunday, I’m predicting one of these things:

This is a fairly straightforward upgrade from my current bike. It has the same components as the Cannondale Synapse, but with better wheels and lower price. If this was any colour other than grey, it would be the frontrunner. As is, it’s not out of the running. Who knows, maybe in person it will look better.

Of all the bikes here, it has the least brand power. When I bought my Norco in 2013, I was faced with exactly the same decision: the Norco and Cannondale were identical in almost every way, with a slight equipment edge to the Norco, and a price advantage for the Norco as well. Bow Cycle does not have an Ultegra model in stock, but I believe on Sunday I will be riding a 105 model, and if I decide that the Norco is the one, then they will get it in. Kurt said point-blank on Tuesday night that the Norco brand doesn’t attract riders above the 105 level. Translation: when someone is looking for a high-end bike, they are more likely to go with a different brand.

Resale value on this bike will be low, hypothetically speaking. 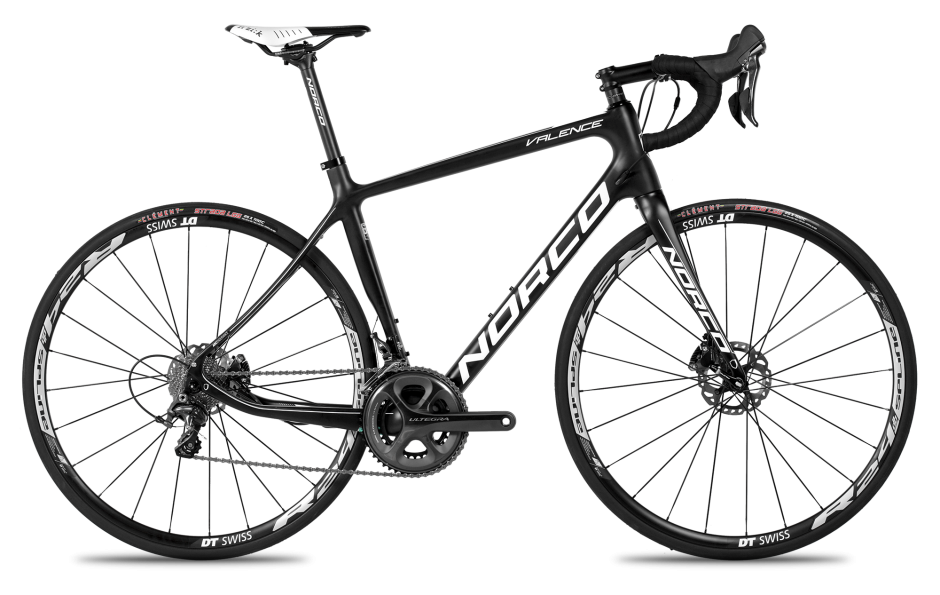 This is the bike that essentially started the category of road bikes that were engineered for more comfort, especially over rough roads. Tammy’s bike is a Specialized Dolce Sport, and it has a lot of the same frame features as the Roubaix. The group set is a mix of Ultegra and 105, but it has the 685 brakes so it sort of splits the difference between many of the above options which are either one or the other. The Axis 4.0 wheels are identifiable as the weakest link on this bike. In reviews, the summary is “fantastic frame, heavy wheels”. This bike would end up the least cost, but mentally, I’d have to put aside funds for a future upgrade to something like the DT Swiss R32.

Too bad it’s black on black. But that is an opportunity to customize. I think bright green or blue bar tape and perhaps some matching pinstriping would turn drab into “wow”. I’ve got experience with this.

If the 2015 Synapse is the high end, this is the low end, with the Norco and 2016 Synapse fighting for the middle. In a way, that’s clarifying. Also, I like Tammy’s bike, and part of me thinks it would be cool to have something similar. 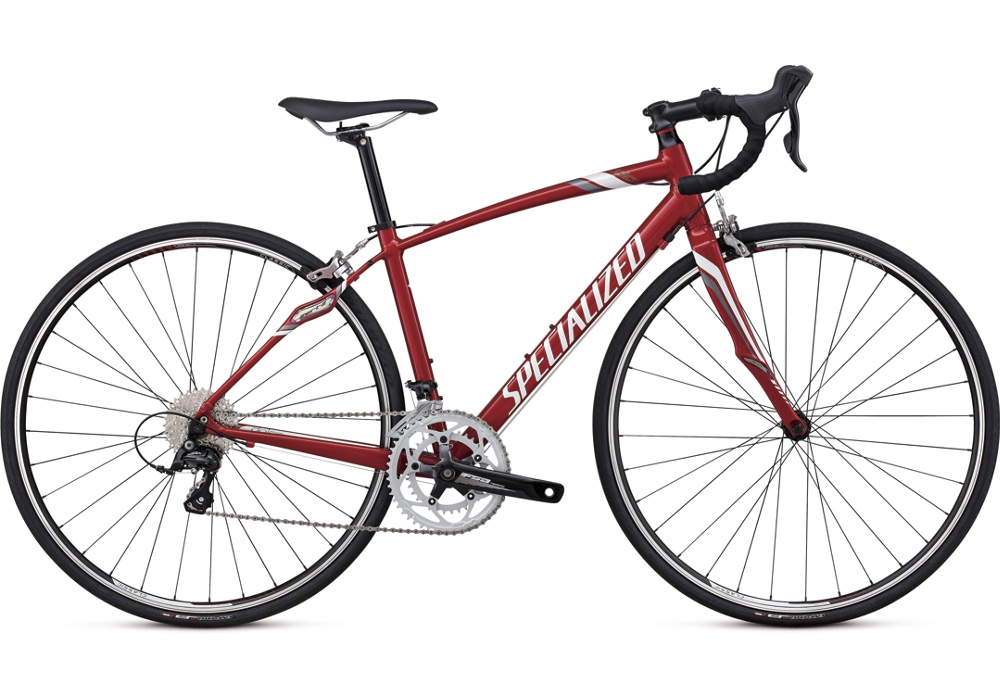 This is Cube’s straight-up sportive bike. It is a German manufacturer, new to Canada. The GTC SL is the top of the Attain line, but it has the 505-series hydraulic disc brakes, a step down from those on the Synapse, Valence, Roubaix and Agree. Same DT Swiss wheels as the Valence. I like the frame shape, if not quite as much as the Agree’s aero coolness. 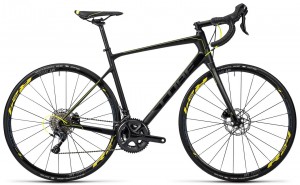 This is one step down in the Attain line, with Shimano 105 components (the same as my Norco). There are other component differences, notably the wheels, which are Fulcrum 77s, a step down from the DT Swiss on the GTC SL Disc. But it’s not black! 🙂 This is not an “aspirational” bike, just a solid upgrade from my current ride. 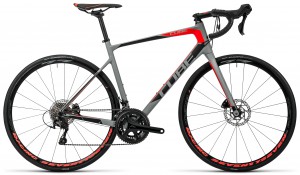 The Agree is the most aggressive bike here, but still classified as an endurance bike. It has the best wheel set, and all of the components are at the right level. The black colour with red pin striping is more eye-catching than the Roubaix or the Valence, but it’s still… dark. Call it the best bike of the bunch, with the price to match. The downside is that Bow might not be able to get one in my size, whereas there would be no problem getting a Cannondale, Norco or Specialized. 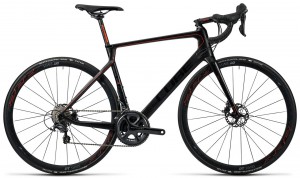 DISC
This is the step down to the 105 group set, 505 brakes and Fulcrum wheels. Same frame. Slightly more interesting paint job. 🙂 I have nothing against the 105 group set, I’ve been using it for years. Combine the neatest frame with slightly downgraded components… Depends on if Bow gets any examples in to test ride or not. My chances for these Cube bikes will be better earlier in the year than later. 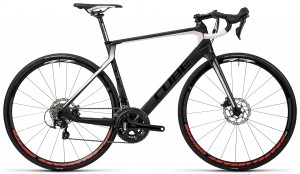