The story so far:

Immersed it in the bath last night, and then afterwards this happened:

I have another appointment at the Apple Store this evening. Time to send it off. But we’ll get a new battery for my Bulova Marine Star that Tammy bought me when I graduated from UNBC. I’ll have a different watch for 1-2 weeks. 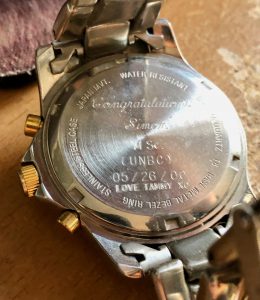 Inscription on the back 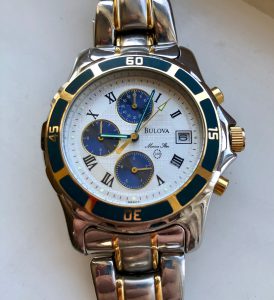 My watch is off in Apple’s hands now, and I’ve been wearing my Bulova for three full days now. At home, it doesn’t affect me that much. Yes, I wish I could check the weather, or my circles or use the walkie-talkie feature to find the kids. But it’s when I’m out and off to work that it really hits home. I get so many notifications for emails and meetings at work that I’m used to glancing at my watch when something bings or buzzes at me. A quick glance and I’m up to speed and back to work. That’s the worst. The lack of Apple Pay on the wrist is second. I got to the train station on Monday morning and had to balance a potted plant and my bag and my wallet as I got rejected via Interac twice while trying to buy a train ticket with my card. On the bright side, I have been well-trained by my watch so that I get up and move around regularly at work without being reminded.

I don’t know when I will get my Apple Watch back, but regardless, I might be immediately exchanging it for one of the new Series 5 watches announced today. 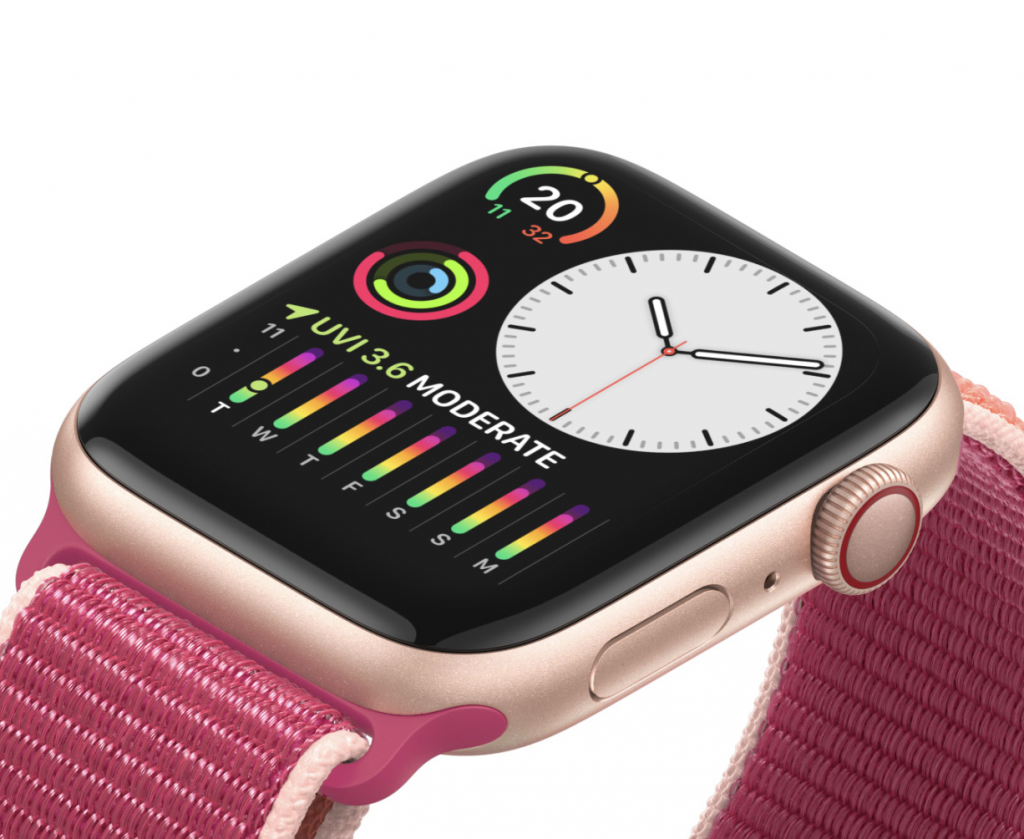 If you had “Simon would buy an Apple Watch S5 on the day they were released” in the pool, congratulations, you’re a winner! 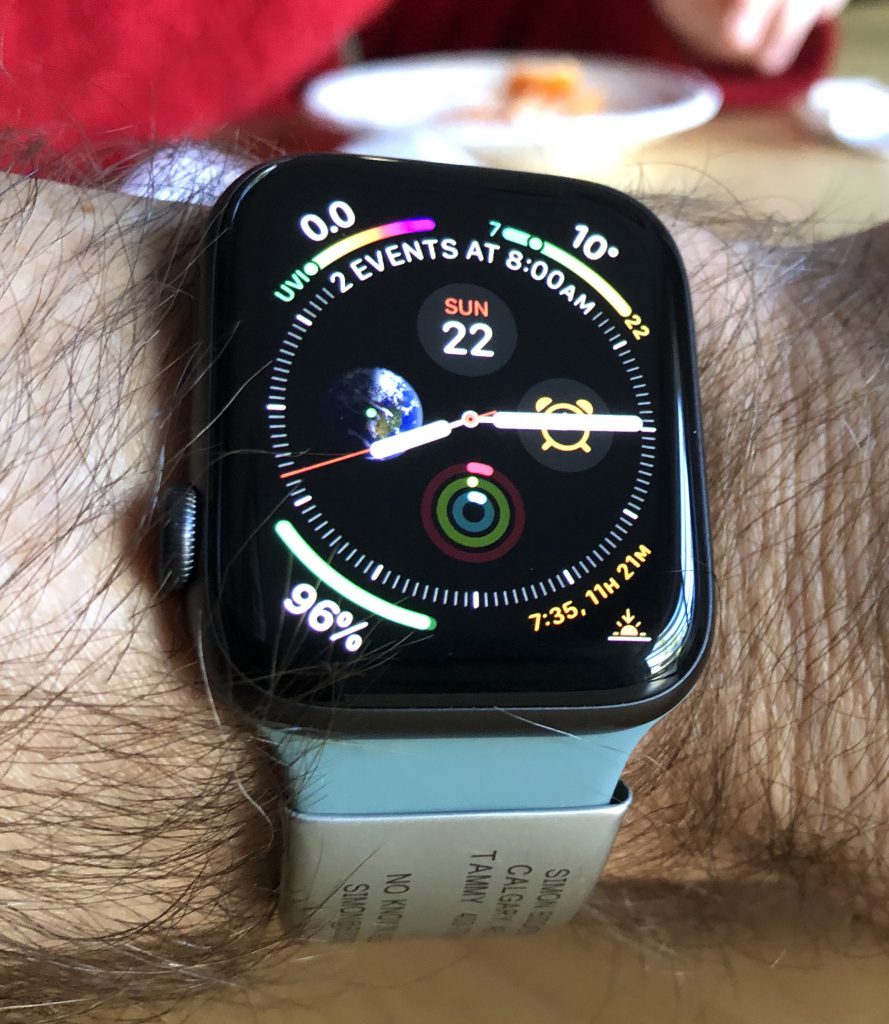